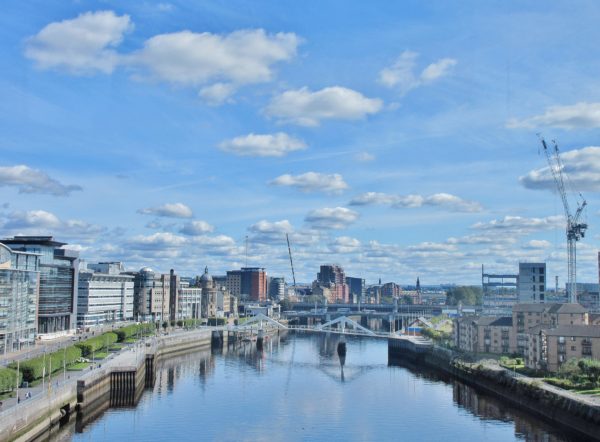 Beyond the silver bullet approach to raising productivity

The Scottish Government’s Economic Strategy (2015) recognises that “more productive economies can produce greater quantities of goods and services for a given set of resources, typically leading to higher incomes, living standards and wealth”. Raising the rate of productivity growth is not an end in itself but one of the means by which we can build a better society for all.

Indeed, it has been argued that ‘raising productivity is arguably the central economic challenge in the UK’ and the same might be said for Scotland. But experience suggests that raising the rate of productivity growth – significantly and durably – in any economy operating at or near the technological frontier is, to say the least, difficult. There are few (any?) examples of advanced countries achieving such an outcome.

Therefore the Scottish Government was delighted to learn about the launch of the Productivity Insights Network. In the past, the productivity debate has suffered from a narrow focus on ‘5 drivers’ (competition, enterprise, skills, investment and innovation) with insufficient attention paid to how these interact with each other and to the practical application of policy at workplace level. PIN’s interdisciplinary approach, emphasis on ‘insights’ and openness to ‘alternative and innovative ideas’ seemed particularly promising and very much in step with our thinking.

Following our attendance at PIN’s excellent 2019 conference and discussions with Prof Leaza McSorley, PIN lead researcher for Health and Wellbeing and Iain Docherty, PIN Infrastructure lead, a series of seminars was organised around the chapters in PIN’s forthcoming book Productivity Perspectives. The following seminars have taken place to date:

Over the next few weeks seminars will also be held with Philip McCann (Productivity Perspectives: Observations from the UK and the International Arena), Maria Abreu (Human Capital, Skills and Productivity) and Richard Harris (FDI, Capital and Investment Markets). Our hope and expectation is that the series will continue thereafter.

The seminars are providing an excellent opportunity to consider ways in which current research and analysis can help inform policies aimed at raising productivity growth in a manner that is consistent with the Scottish Government’s wider policy priorities on sustainability, wellbeing and fair work. All have stimulated much useful discussion and debate.

What have we learned so far?

First, policymakers want to engage! The seminars have generated a lot of interest from colleagues across all departments and grades of the Scottish Government. Colleagues want to learn about new research and analysis and how it might be applied to their areas of policy. It is, of course, helpful that PIN members are proving very adept at tailoring their presentations to a non-academic audience.

Second, the silver bullet fallacy – the belief that policy measures with the potential to send productivity skyrocketing are lurking somewhere just around the corner – is dying (if perhaps not quite dead). The presentations haven’t pretended to offer easy solutions to improve Scotland’s productivity performance or even suggest that such solutions might emerge in the future. Rather, taken together, PIN’s work indicates that raising the rate of productivity growth is a long term project requiring action across a range of policy areas, some degree of experimentation and recognition that effective policies are likely to be context-specific. This is far from a counsel of despair: PIN’s work is providing practically useful insights into developing and targeting new interventions.

Third, encouragingly, the emerging policy prospectus for productivity growth looks consistent with the Scottish Government’s wider policy agenda. As Leaza emphasised, fair work and inclusivity are not barriers to productivity growth but the means by which it might be achieved. It is difficult to see anything emerging from PIN that would support an agenda based on deregulation, cost minimisation and work intensification. This represents a significant, and from our perspective welcome, advance on pre-crisis approaches to productivity growth. Yet, as Kirsty and Tim concluded, we do require further “research on how the ‘fair work’ policy agenda relates to and can advance productivity outcomes”.

Finally, raising the rate of productivity growth in Scotland must be a continuous learning process through which Government will work with PIN and others and involve representatives of the businesses and workers whom we ultimately wish to become more productive. There must be room to experiment and learn from both successes and failures. Our seminars with PIN are proving a tremendous springboard for this new approach to productivity growth.

Most of the 21st century has witnessed a prolonged slump in productivity during which policy measures – particularly at UK level – have often returned to old standards such as tax cuts and initiatives to cut ‘red-tape’ which, unsurprisingly, have proved stubbornly ineffective. It is therefore exciting to observe the emergence of PIN and other ESRC funded research on productivity. We now have good reason to believe that our understanding of this complex issue will continue to improve and with it the prospects for developing effective policy. There also seems to be a growing awareness in the business community of the importance of raising productivity: despite the long-standing belief that businesses do not react well to initiatives framed around productivity, the response to the Productivity Clubs currently being piloted by the Scottish Government has been hugely positive. It is imperative that we build on this upsurge of interest.

PIN is proving itself to be a model of academic engagement and it is a pleasure to be working so closely with the team. The Scottish Government is excited about developing this relationship over the coming months: running future seminars and considering ways in which we might draw together PIN researchers’ work to practically support effective policymaking in Scotland. By doing so we increase the chance of making a tangible difference to long-term productivity growth and, in turn, improving the living standards and wellbeing of all Scotland’s people.

Find out more about the series here. 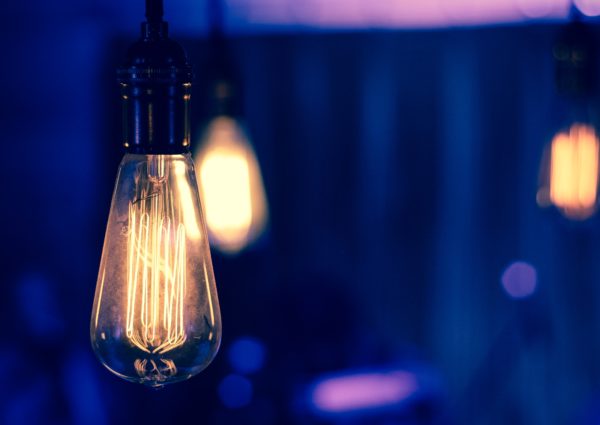 Harnessing productivity through inclusive innovation in the North West

Income inequalities and unequal distribution of economic growth across regions in the UK has increased since the 2008 financial crisis. But why are region variations present in the first place? A reason for these variations are the different levels of engagement with entrepreneurial activities across areas; engagement is also affected by the access to resources that different groups of entrepreneurs have (e.g. women and ethnic minorities). One of the solutions is to focus on innovation as a resource for productivity and inclusive economic development across different strata of society.

To address this regional productivity gap, my research project (full report), supported by PIN, has focused on the link between inclusivity, social cohesion and policies supporting regional entrepreneurship activities through innovation hubs in the North West (NW) of the UK. These issues were considered through 24 interviews with entrepreneurs, senior managers of hubs and policymakers mostly across Liverpool City Region, Lancashire, Cumbria, and Greater Manchester.

With regards to inclusion, our findings suggest that women and BME entrepreneurs across the NW generally find the entrepreneurial landscape to be challenging. There is a perceived lack of inclusivity of voices on what is relevant for entrepreneurial groups or individuals. In this context, entrepreneurs interviewed feel that the disadvantaged and the disabled are often left behind because of scarce financial resources or lack of connection to influential groups. Ethnic diversity in some of the NW sub-regions is deemed scarce in the context of business. This might also refer to the general population composition of the area. Thus, in terms of diversity in ethnic backgrounds and mental/physical abilities, the data reveals a perceived lack of a promising inclusion.

An interesting insight of the project is that women-focused organisations constitute an excellent place for women entrepreneurs to find help to start their enterprise. Programmes offered by these organisations provide significant help in mentoring and networking at the start-up phase. Women entrepreneurs specifically found mentoring and supporting courses and events immensely helpful to build confidence, which is typically lacking in women entrepreneurs. They also appreciated the flexibility of these organisations to provide courses built around time commitments for women who juggle multiple roles at home and outside. However, our research revealed that the real problem for women-focused organisations is in helping these new businesses develop and grow, to help them find the means for productivity, as well as securing reliable funding for their sustenance.

Emerging from the interviews is an awareness that issues of confidence, stress, and mental and physical health for women, BME and under-represented parts of the population categorized through post-codes limit productivity to a considerable extent. More attention to these issues would be beneficial towards more successful business set-ups, increased economic activity, closing the productivity gap and creating a more equal society.

Common across all hubs interviewed is the constant worry for the serious dearth of public funding that can support investment for promising innovative businesses and help them grow. There is a general perception that for funding and networking purposes hubs should look outwards to build connections with businesses and funders in London. Otherwise, even with a good talent pool, businesses lose out on people and opportunities.

On the policy level, interviews reveal that different sub-regions require different approaches. Policy managers voice concerns for access and support to poor communities and their entrepreneurial needs. Unfortunately, the bias towards the very definition of innovation and the importance of technical over social innovation from broader policy perspectives moves funding away from social innovation projects. Some policy managers emphasize the need for recognition of social innovation and inclusion at a national policy making level. They argue that datasets focusing on health and productivity, measured around access to transport, housing etc. show that much of economic benefit comes from developing the social side of entrepreneurial activities.

Thus, what seems problematic is a definition of innovation at the political and funders’ level as something strongly technical, and that loses out on fostering and funding social innovation that can create avenues for inspiring the youth, help develop local talent and retain them in local jobs. This might represent a solution to reduce unemployment, increase social cohesion and contribute to increased productivity in the NW.

Overall, this project has highlighted a number of important issues policymakers should consider when approaching regional growth and productivity through innovation. In the NW, innovation hubs have been instrumental in helping women and BME entrepreneurs set-up their businesses. They help building confidence, skills, networks and clients and often provide a place to begin their business operations. Unfortunately, lack of funding towards these small businesses often means that the companies cannot grow. Hubs in the NW try to influence policies, but often fail because of regional disparity in funding schemes, the conflicted notion of innovation itself, subtle gender discriminations faced by women hub managers in discussions around policy, and issues of transport and communication that often deprives them of opportunities to lobby in London.

A series of blog posts by Dr Pecis regarding the project are available here.

The blogs present the personal views of the author and are intended to promote debate. They do not reflect the views of the Economic and Social Research Centre (ESRC), funder of the Productivity Insights Network.