What can we learn from previous recessions about the COVID-19 economic crisis?

Is this time different?

Tolstoy famously began Anna Karenina with the sentence: ‘All happy families are alike; each unhappy family is unhappy in its own way.’ Is that true of periods of economic prosperity and recessions? Is today’s recession so different in character that past experience is irrelevant as a guide to how the present crisis may play out?

Figure 1: UK macroeconomic and sectoral indicators in past recessions 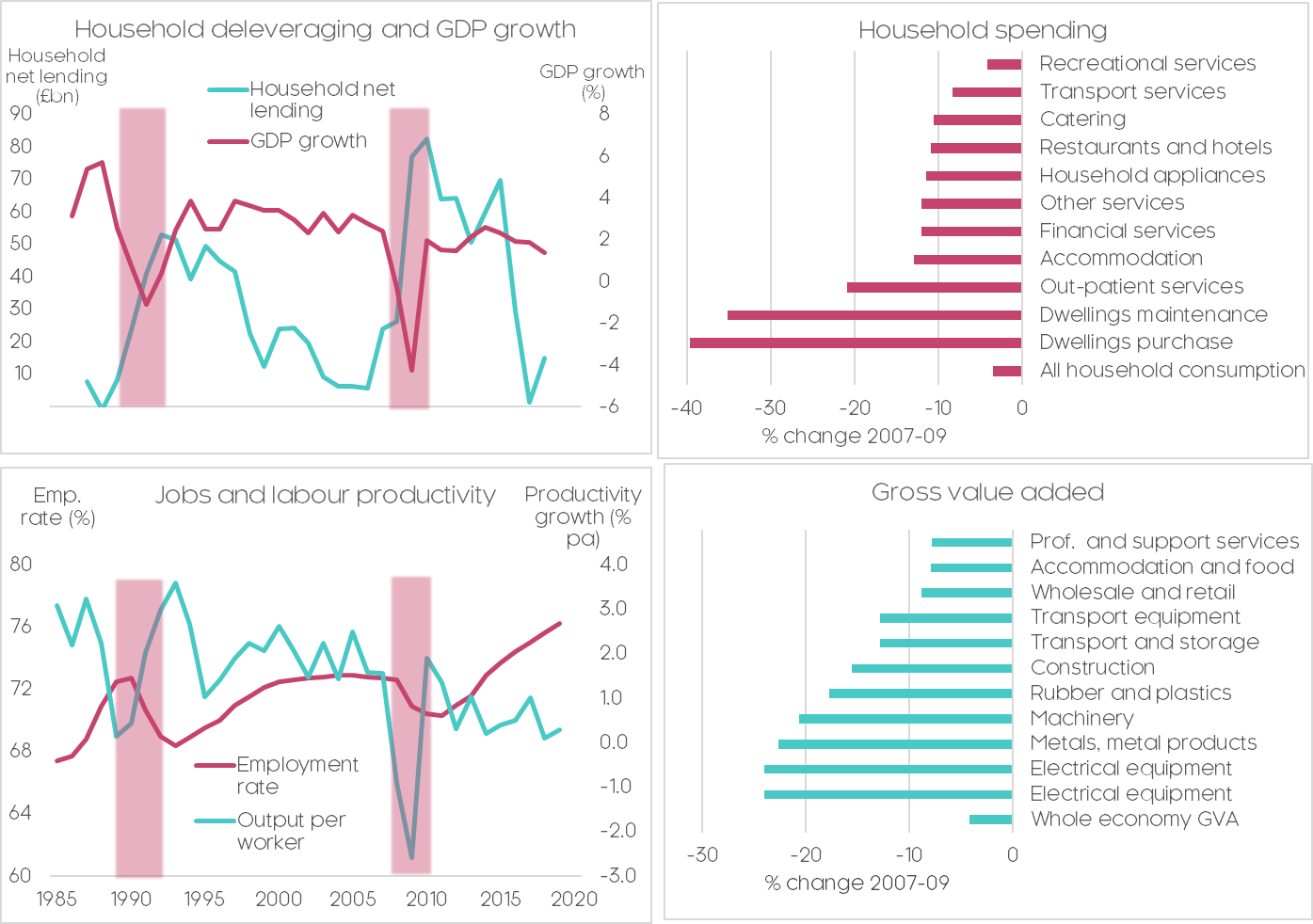 Figure 1 shows the experience of previous recessions. The 1990 recession began with the bursting of the bubble by a sharp policy reversal when the interest rate brake was applied sharply from mid-1988. The first casualties were over-extended borrowers, especially in the property market. The 2008 recession was triggered by a global banking crisis: bank lending and credit markets seized up in the face of the threat of insolvency. GDP fell much more sharply than in 1990, both because the recession was global and because of the credit crunch. The start of the COVID-19 recession has been different again. It is global, but it was not triggered by a banking crisis and nor was there much of a speculative bubble to burst. Instead, production and consumption in activities that require social proximity were shut off by lockdown policies.

… but a similar self-reinforcing pattern

Initially, therefore, the character of the recession reflected the nature of the particular trigger. But past experience shows that once a recession takes hold, some typical reactions produce common consequences. Households experience a fall in wage and dividend incomes and then move quickly to restore their financial wealth, reining in spending sharply.  Economists who assume that households are well-informed and forward-looking emphasise the role of imperfect capital markets in preventing consumption smoothing: some (poor) households lack access to credit.  But it’s not just about imperfect markets: fundamental uncertainty has a critical impact on the decisions of households and banks.

The chart in the top left corner of Figure 1 shows how, in aggregate, households increased their ‘net lending’ during the recession, meaning that collectively they spent (whether on consumer products or housing) less than their income.  While they may run up debts in the very short term, poorer households are unable to access extended credit and richer households act in a precautionary way to rebuild financial wealth.  This shows up in large reductions in spending on discretionary items: housing, holiday travel, appliances, entertainment and private healthcare.  Business also cuts its discretionary spending, chiefly investment.  Together, the result is large reductions in output in the industries that supply investment products, consumer durables and income-elastic consumer services.

We manage uncertainty by deferring spending

In the COVID-19 recession, the lockdown has seen large falls in sales of social consumption items, including some that are not normally particularly income-elastic such as haircuts. But we are also seeing output cuts in sectors linked to discretionary spending, such as cars, which may not bounce back to ‘normal’ as showrooms reopen. Even with substantial government support for incomes, it is likely that households will, collectively, rebuild wealth as typically happens in a recession rather than return spending quickly to pre-recession levels. How many are requesting refunds rather than rebooking holidays?

How productivity will recover

The chart in the bottom left corner of Figure 1 shows the strong cyclical effects on labour productivity in a recession: employers respond with a lag to the fall and then recovery in output growth so that labour productivity slumps and then recovers. The difference in the 2008 recession was that the scale of job shedding was surprisingly modest and, in the recovery, productivity growth resumed the long-term slowdown seen since the mid-1990s. In the COVID-19 recession, we should not be concerned about the heavy cyclical fall in labour productivity: the loss of output during lockdown was unavoidable and the government’s wage subsidy has the goal of limiting job shedding. The question is whether the subsequent recovery in productivity will be achieved by a recovery in consumer and investment spending or by sluggish GDP growth and cuts in job